Warfare in the Eighteen Century by Jeremy Black (Book Review)

Given the brutality of war in any era its hard to argue that there was ever a gentlemanly period of armed conflict. Yet if there was to be one, the 18th century could lay a decent claim. During the Battle of Fontenoy in 1745, the Grenadier guards and the French lines “invited each other to fire first”. Yet this romanticized view of European conflict was not representative of most European engagements, which were themselves only a subset of global conflicts. In Jeremy Black’s Warfare in the Eighteen Century, the author tries to provide a more balanced history of the era: one told from a European perspective, but also highlighting the important non-European conflicts too. A reasonable case could be made that military histories of the 19th and early 20th century need to be Eurocentric given the technological dominance of Western countries. However the firepower advantage possessed by Europeans in the 18th century was modest, and most victories were due to the having better diplomacy, state capacity, and logistics. Many people know of the Battle of Plassey and Robert Clive, but what about Third Battle of Panipat and Ahmad Shah (the latter being the largest land conflict that occured in 18th century)?. There are many great generals unknown to Western audiences including Nadir Shah who revived the Persian empire and fought battles in theatres ranging from Baghdad, the Caucasus, the Aral Sea, and northern India. 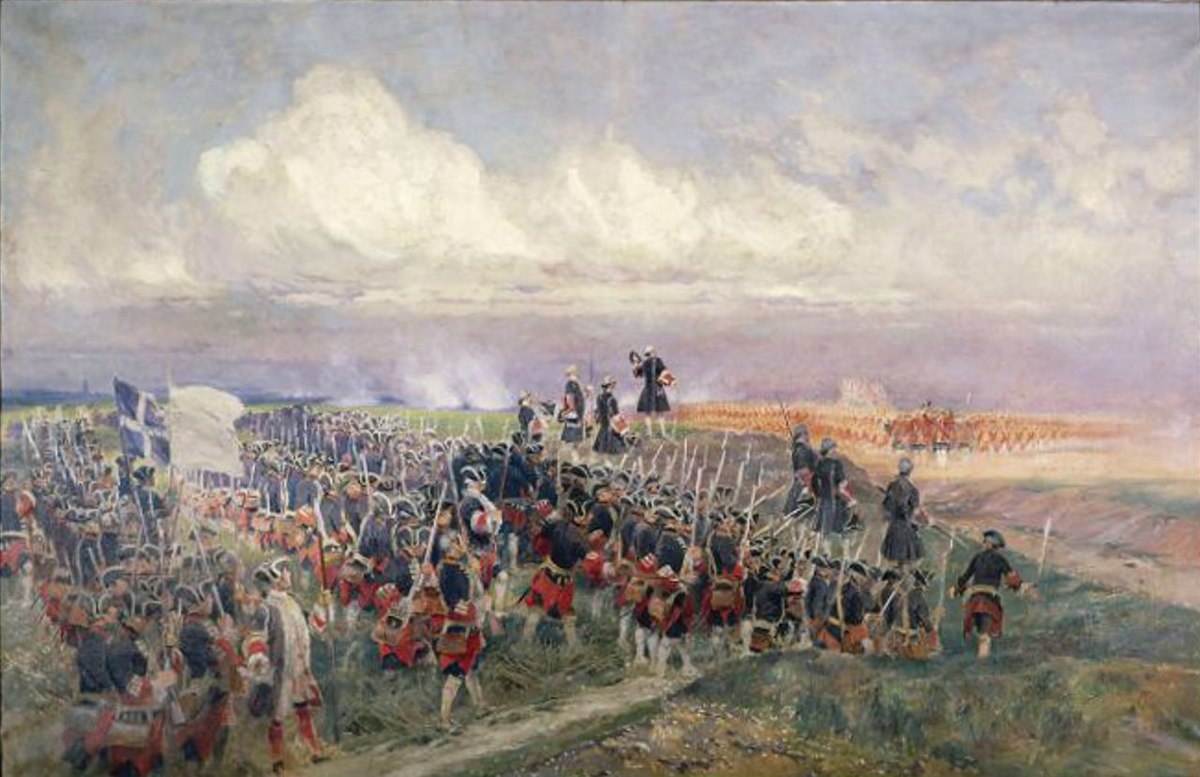 The 18th century: a more genteel era of warfare

The 18th century was also when the Chinese state under the Qing dynasty reached its geographic and military apex. Wars of annihilation were fought to crush the Dzungurs, the last remaining vestiges of the Mongols, and secure the empire’s frontiers which ranged from Central Asia to Mongolia to Tibet. China’s lack of maritime power meant that it could not, and did not, have conflicts with entities it did not share a border with. Due to a lack of European competition, the 18th Chinese army used weapons that were relatively antiquated including unreliable matchlock rifles and exotic-looking but ineffectual artillery pieces. However the Qing’s martial success during this period can be attributed to sophisticated supply lines and outposts in the Western empire. After having dominated warfare for a thousand years, the 18th century would see the end of the efficacy of horse-based military societies threatening Chinese internal security. Chinese weapons were relatively antiquated in the 18th century

Black separates warfare between Europeans and non-Europeans into three categories: battles on European borders (mainly in Eurasia), battles between white settlers and native forces in the Americas, and battles by European armies in territories outside of Europe (i.e. Asian and African colonial wars). The 18th century was a period of stagnation for the Ottoman empire. Turkish military power peaked in the late 17th century with an unsuccessful siege of Vienna. The Habsburg, Russian, and Venetian empires would all have significant victories over the Ottomans in the century. Ottoman stagnation in the 18th century would in time lead to the numerous wars of independence in the Balkans. 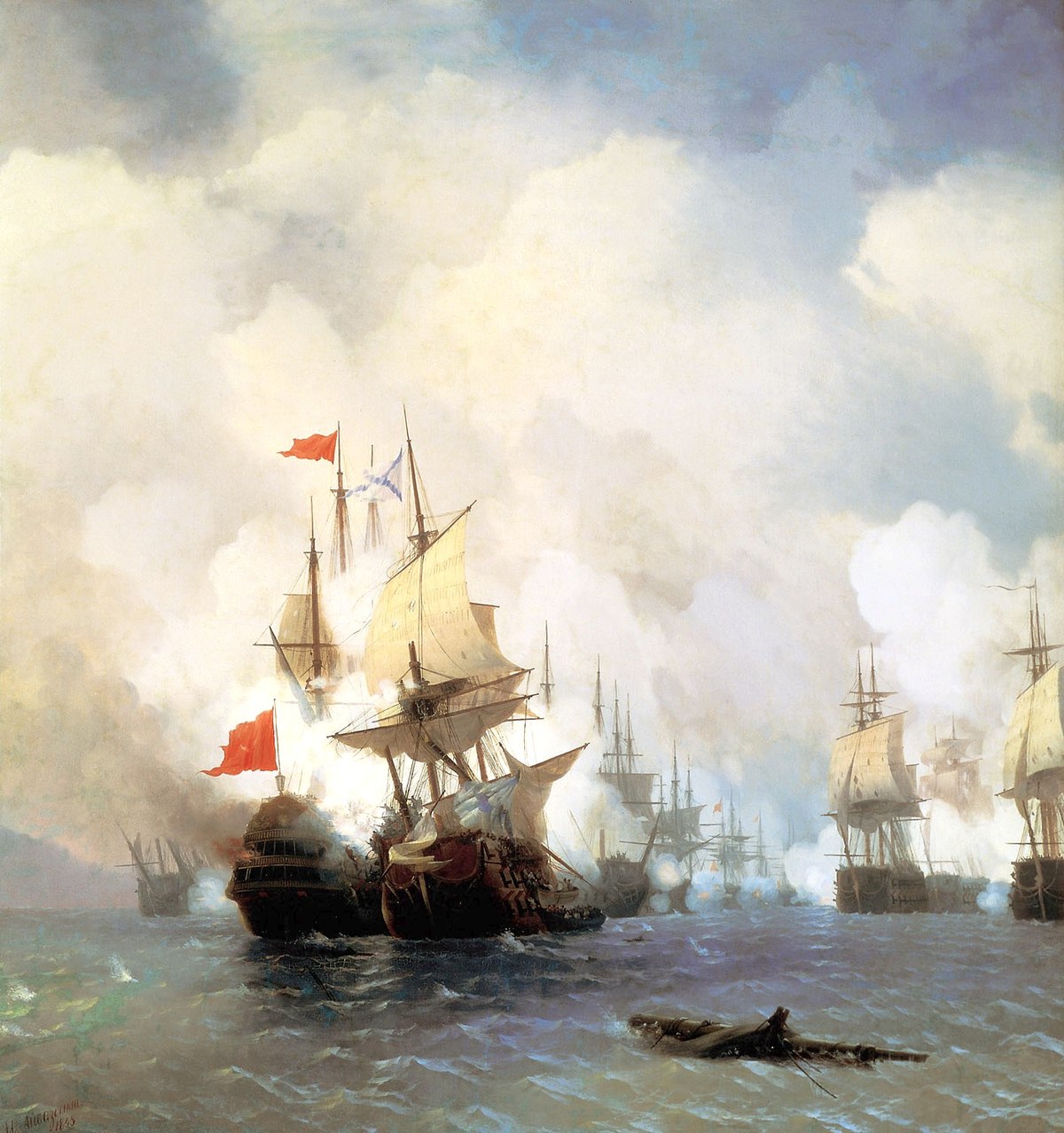 The Turkish fleet is routed at Chesme

In contrast to my historical intuition, Europeans actually fared quite poorly in military engagements in Asia in the 18th century. The 17th century had established a sense of inevitable colonial momentum when European powers like the Dutch, Portuguese, and French were able to establish toeholds over many Asian, American, and African coastal locations. And in the subsequent century, the use of breech loading rifles, steamships, machine guns, and advances in tropical medicine would allow relatively small numbers of European forces to have a significant force multiplier. The 18th century was the beginning of the end of Dutch colonial power, with its forces fighting a series of bitter and indecisive conflicts in the East Indies and Ceylon. The French were driven out of many of their Indian holdings. Furthermore, no European power in the 18th century had any military presence in China, Japan, or Burma. The British were unique in that they obtained significant territorial acquisitions. Although even there, British forces saw defeat at the hands of the Kingdom of Mysore and were unable to crush the imposing Maratha Confederacy. Victories in the Indian subcontinent were largely due to native empires failing to unite against the European threat. Furthermore, the British empire was particularly successful at recruiting local forces as either sepoys or independent cavalry regiments. Like the Spanish conquistadors, achievement was more a function of a unified administrative state and a divided opposition, rather than a divergence in firepower.

The British victory at Plassey

The naval warfare chapter of the book is inevitably Eurocentric as there were no non-European navies capable of competing with a ship of the line head-to-head. Ottoman engagements with the Europeans fared poorly during the Ottoman-Venetian war in 1714-18, and then suffered a crushing defeat at the Battle of Chesme during the Russo-Turkish war of 1764-1774. Once again the British were unique in the 18th century is the consistency of their navel victories (although there were many losses to be clear). What led to British naval success? It was not technology, as Spain, Russia, Sweden, and France all copied each other’s ship designs and tactics. The British had a better navy because they could afford one. Excellence breeds further excellence: Britain’s navy attracted more competent admirals and did a better job at preserving institutional memory. The country’s relatively stable finances, combined with any need for a large standing army, removed resource constraints of the type seen in France.

Warfare is a relatively short book and has many large and visually engaging maps and paintings throughout. Black writes competently and the book does not feel dry. However in covering so much material, numerous battles, leaders, and regions are made without a corresponding reference being made available (where is Pondicherry again?). I would have preferred each chapter to have a series of maps or sidebars that could be used to lookup the places that are being discussed. Another criticism I had of the book was that the American War of Independence received its own entire chapter, which felt out of place given that no other conflict was granted such a distinction. However, the book has many strengths including being appealing to a European audience while also discussing many non-European conflicts. If not exactly gentlemanly, warfare in the 18th century can at least be said to have been fairly balanced.

References to Afghanistan, Burma, China, and Nepal serves as a reminder of the weaknesses of the Eurocentric perspective. Warfare in much of the world was planned and waged without reference to European weaponry, methods, or politics.