It’s been a good week for the podcast digest. Based on a recommendation from a friend, I subscribed to Malcom Gladwell’s new podcast series Revisionist History and David Axelrod’s ongoing series The Axe Files.

I started with Episode 62 of the Axe Files in which David Axelrod interviewed Paul Begala, a legend in Democratic politics due to his being (along with James Carville) political advisors to Bill Clinton in his ’92 campaign. Begala is currently an advisor for Priorities USA Action, a wholesome sounding Hillary Clinton Super-PAC. It was a fun talk because David and Paul know each other so well (David was Obama’s campaign advisor) and they speak breezily about all the major players in US politics. I very much understood the political perspective on the perspective politics (if you’ll excuse the expression) when Begala said something along the lines of: “… Bush showed us what happens when you have the wrong person driving the car”.[1] I found this particularly piquing because it directly contradicts an institutionalist view which says that what really matters for a well-functioning political system is that the rules of the game work, not that there’s good or bad people (or as Jefferson said, if men were angels we wouldn’t need government). At the same time, it’s obvious that the decision to invade Iraq in the nonchalant manner it was done has been the worst foreign policy mistake in the 21st century to date, so having Gore in power may have changed that. At the same time, I think we can square these two views by saying in the long-run the good and bad people in politics average each other out, and therefore their average effectiveness (from a public good perspective) is determined the rules of the game.

Gladwell’s new podcast Revisionist History is fantastic (with a beautiful website design too). The first episode, The Lady Vanishes, is about moral licensing and tokenism. He starts with the example of an 1874 painting by Elizabeth Thompson, Roll Call (as shown below), which was hailed by the critics and was assumed to be the ticket Ms. Thompson would use to enter the Royal Academy and become the first woman to do so. However, despite a close admissions vote, subsequent attempts at admissions became even less successful. Gladwell posits that this may have been the effect of moral licensing: by seeming progressive and egalitarian for letting a woman come this close to admission, the members of the Royal Academy had proved (to themselves) that they were not sexist and hence allowed their (sub)conscious biases to affect their subsequent decision. Gladwell points to research that shows that endorsing Obama licenses favouring whites:

Three studies tested whether the opportunity to endorse Barack Obama made individuals subsequently more likely to favor Whites over Blacks. In Study 1, participants were more willing to describe a job as better suited for Whites than for Blacks after expressing support for Obama. Study 2 replicated this effect and ruled out alternative explanations: participants favored Whites for the job after endorsing Obama, but not after endorsing a White Democrat, nor after seeing Obama’s photo without having an opportunity to endorse him. Study 3 demonstrated that racial attitudes moderated this effect: endorsing Obama increased the amount of money allocated to an organization serving Whites at the expense of an organization serving Blacks only for participants high in a measure of racial prejudice. These three studies suggest that expressing support for Obama grants people moral credentials [Monin, B., & Miller, D. T. (2001). Moral credentials and the expression of prejudice. Journal of Personality and Social Psychology, 81, 33–43], thus reducing their concern with appearing prejudiced. 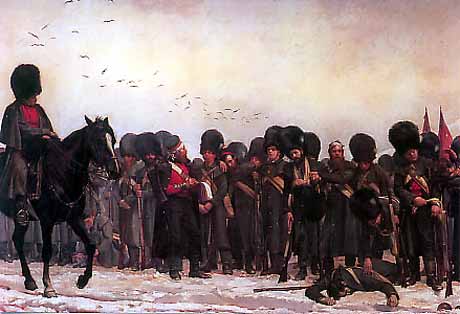 He then subsequently points to the case of Julia Gillard, the former PM of Australia, who was met with sounds of good cheer to her being the first female prime minister appointed by the first female governor general. While mateship (no joke) was removed from the Australian constitution in 1999, members of the opposition (both parties and political organisations) started referring to Julia Gillard as a witch and a bitch, etc. By the end of the tenure, she had taken so much abuse she let it rip on Tony Abbott (who is by a pleasant surprise the current PM of Australia) as shown in the video below. And of course, who can forget that most iconic of phrases: “my best friend is INSERT HERE”. Why does all this matter? Well as Gladwell says, there are two tales of progress. The first type is exemplified by Jackie Robinson case, where after a black player had broken through the glass ceiling of prejudice in baseball, hundreds of subsequent black players were admitted. But then there there is a second case, whereby tokenism shuts the door on subsequent attempts for minorities or disadvantaged groups. For example there are many democracies where there has only been a single female leader in the political history. In the American case, one would not be surprised if Obama or Hillary could be the last black/female president for fifty years if Americans feel they are contended that racism/sexism is no longer a concern. This can also explain why despite a black president being in the White House, African-Americans are still in a category of their own in terms of poor socio-economic outcomes from college attainment, to median household wealth, to police brutality.

One other very interesting podcast I listened to this week was a spinoff from Radiolab, More Perfect, which is about the history and cases of the US Supreme court. The episode Political Thicket was about the Baker v. Carr (1962) case, which Chief Justice Earl Warren described as his most important case in his career.[2] This was the case in which the supreme court ruled that it did have authority to rule on political districting to the extent that it violated citizens’ Fourteenth Amendment rights (the post-Civil War amendment guaranteeing “equal protection”). What makes the episode interesting is that this case is identified as the beginning of a the partisan US supreme court with Felix Frankfurter strongly believing that it was not justiciable to rule on the case, whereas William O. Douglas held the very much opposite view and their fight to convince the other justices led to Charles Evans Whittaker recuses himself and later leaving the court from health problems. But this Frankfurter/Douglas partisan division is now seen as possibly the beginning of the partisan split of the court.