I found this ten minute speech by Dr. Reverend William Barber II to be really great so I thought it worth listening to again and transcribing it. Below I pull out the microscope and go through the speech, highlighting its best elements.

Good evening my brothers and sisters. I come before you tonight as a preacher, a son of a preacher, a preacher immersed in the movement at five years old. I don’t come tonight representing any organization, but I come to talk about faith and morality. I am a preacher and I’m a theologically conservative evangelical biblicist. I know, it may sound strange, but I am conservative because I work to conserve a divine tradition that teaches us to do justice, love mercy, and walk humbly with our god.

When I first heard this I thought it sounded almost a-theistic in the sense that he described himself as coming from a “tradition”. However, a biblicist is someone who interprets the bible literally, or at least naturally,1 and the Reverend does not appear to be one of those preachers who is a “modernist”.2

I’ve had the privilege of travelling the country with the Reverend Dr. James Forbes and Reverend Dr. Traci Blackmon, and Sister Simone Campbell, as we are working together in the revival and calling for a moral revolution of values. And as I travel the country and we some things, that’s why, I’m so concerned of those who say so much about what god says so little, and say so little about what god says so much.

That’s a great last line, and should probably be used more often by Democrats in critiquing the Republican appropriations of theology.

So, in my heart, I am troubled, and I am worried, about the way faith is cynically used by some to serve hate, fear, racism and greed. We need to heed the voice of the scriptures, we need to listen to the ancient chorus, in which deep calls unto deep. The prophet Isaiah cries out, what I am interested in seeing you doing says the Lord is pay people what they deserve, share your food with the hungry, do this and then your nation shall be called a repairer of the breech. Jesus, a brown-skinned Palestinian Jew, called us to preach good news to the poor, the broken and the bruised, and all those who were made to feel unaccepted.

To be fair, I have not heard the right wing ever use Christianity to justify “greed”,3 but this of course went down well nevertheless. I’m glad Dr. Barber at least identified the proper ethnicity of Jesus, something Ben Carson seemed unable to do. 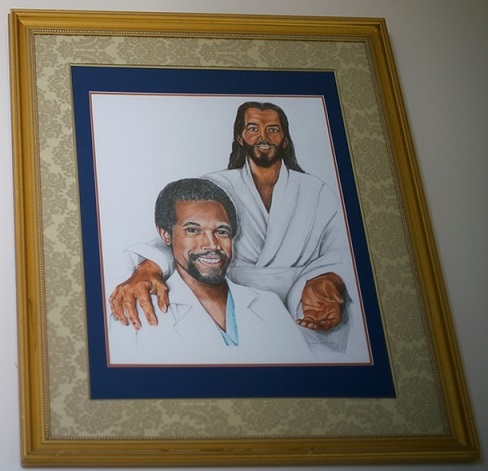 I am not sure what he means by “deep calls unto deep” in this part. Clearly it’s from Psalm 42:7, but most interpretations seem to suggest it means that misfortunes come in waves, like a waterfall or tidal wave. I had to do some digging but I believe the Isaiah reference is where god tells the prophet he is interested in the fate of the humble and broken rather than seeing the construction of elaborate buildings (Isaiah 66:2). The breech Dr. Barber sees is one of a social contract, and that the job of society is to “… build the old waste places; thou shalt raise up the foundations of many generations, and thou shalt be called the Repairer of the Breach, the Restorer of Paths to dwell in.” (Isaiah 58:12).4

Our constitution calls us to commit our government to establish justice, to promote the general welfare, to provide for the common defense, and to ensure domestic tranquility. Now to be true, we have never lived this vision perfectly, but this ought to be the goal at the heart of democracy.

This is true, and can be found in the Preamble to the US Constitution: “We the People of the United States, in Order to form a more perfect Union, establish Justice, insure domestic Tranquility, provide for the common defence, promote the general Welfare, and secure the Blessings of Liberty to ourselves and our Posterity, do ordain and establish this Constitution for the United States of America.”

And when religion is used to camouflage meanness, we know that we have a heart problem in America. There have always been forces that have wanted to harden or stop the heart of our democracy, but there have also always been people that stood together to stir what Sister Dorothy Day called a revolution of the heart, and what Dr. King called a radical revolution of values. I say to you tonight that some issues are not left versus right, or liberal versus conservative, they are right versus wrong.

This is the first reference of the heart metaphor that will be used in the rest of the speech to great effect. The heart is being used to represent both its biophysical purpose, a pump that pushes the blood throughout our body, as well as its symbolic use in describing empathy and feeling. It voting is the life blood of democracy, than Barber is saying that those who would want to suppress turnout are like atherosclerotic plaque. 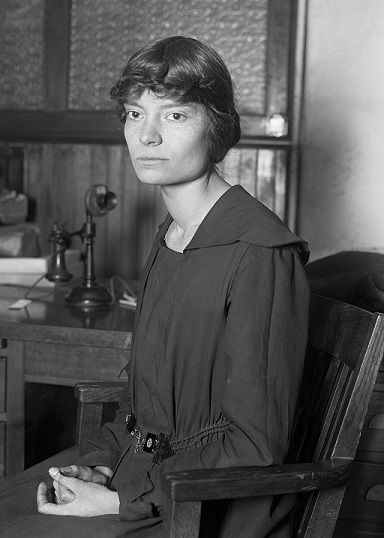 The moral revolution that Dorothy Day was concerned about that the sense of futility that the poor had led to the “evil” outcome of inaction and hence injustice. She believed “… we must lay one brick at a time, take one step at a time …”

Ever since the Shelby County v. Holder (2013) decision removed the Voting Rights Act requirement that certain states which have a history of voter suppression seek federal approval before changing vote procedures, many states with Republican-controlled legislatures have enacted laws that are designed to reduce voter turnout for poor, black, young, and student populations. Even if the intent to reduce student/poor voter turnout isn’t racist per se, it nevertheless ends up disproportionately impacting African-Americans. Consider a list of changes that occurred within two years of the decision:

Don Yelton suggests that North Carolina's may have something to do with race though...

Many people may not have picked up on the “nullification” statement, and interpreted it as referring to gridlock. However, this is a reference to the historic practice of Southern States “nullifying” federal laws and refusing to implement them which ultimately led to the US Civil War. I am not sure if Barber meant this to refer to the voting issues discussed above, or the fact that the some states have not expanded medicaid despite the Affordable Care Act paying them to do so? Regardless, as with everything in the US, there is always some history involved. 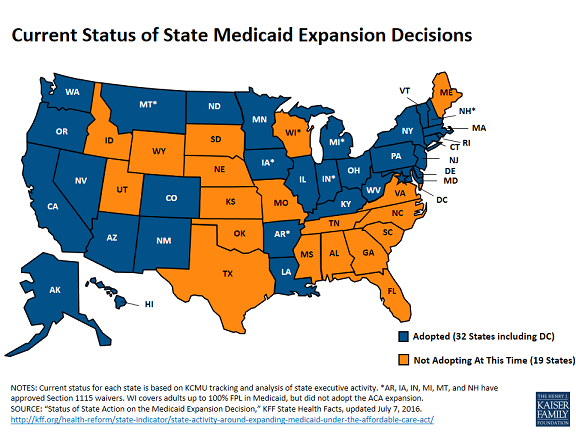 This section continues with a laundry-list of Democratic policies thrown into their incredibly-long 2016 platform, including:

I like that Dr. Barber put atheists and agnostics on the same level as Jews, Christians, Muslims and Hindus. This only seems fair as number of Americans who say they are “atheist, have no religious faith, or are agnostic” totals more than 20 million, whilst the number of Jews (5 million), Muslims (3 million), and Hindus (2 million) is only around half this number. I also like that he essentially reminded us that loving the country should be the sufficient test of faith. An atheist presidential candidate, followed closely by a Muslim, would suffer the most discrimination according to voters who acknowledge their own bigotry.

When we fight for peace, and we resist the proliferation of military weapons on our street, and when we stand against the atni-democratic stronghold of the NRA, we are reviving the heart of our democracy.

The Democrats have, rightly in my view, stopped tiptoeing around the NRA and declared open season on the gun lobby. Here is just a few of speakers that made reference to gun violence and/or attacking the NRA:

In times like these, we have to make some decisions, and I might not normally be here as a preacher and an individual, but when I hear Hillary’s voice and opinion, I hear and I know she is working to embrace our deepest moral values and we should embrace her. Let me be clear, that she, nor any person can do it alone. The watchword of the this democracy and the watchword of faith is “we”. The heart of our democracy is on the line this November and beyond.

Another amusing phenomenon throughout this convention was that Hillary tended to be only occasionally mentioned in the various speeches. This is actually a good thing (if you want the Democrats to win). The Democratic Party and the Hill-Team have realized that they should focus on attacking Trump and describing HRC as a continuation of the Obama legacy, as Barack has a much higher/lower approval/disapproval ratings than Hillary does.

Now, my friends, they tell me that when the heart is in danger, somebody has to call an emergency code, and somebody with a good heart will bring a defibrillator to work on a bad heart. Because it’s possible to shock a bad heart, and revive the pulse. In this season, when some want to harden and stop the heart of our democracy, we are being called by our foremothers and forefathers to be the moral defibrillators of our time. We must shock this nation with the power of love, we must shock this nation with the power of mercy, we must shock this nation and fight for justice for all, we can’t give up on the heart of our democracy, not now, not ever! And so, I stop by here tonight, is there a heart in this house. Is there a heart in America? Is there somebody that has a heart for the poor, and a heart for the vulnerable? Then stand up, vote together, organize together, fight for the heart of this nation, and while you’re fighting, sing that old hymn: revive us again, fill each heart with Thy love, may each soul be rekindled with fire from above. Hallelujah! Find the glory!

This final statement was perfectly delivered and designed to get the troops riled up, and it worked as the crowd became exceedingly boisterous. No doubt Dr. Barber makes would be a member of the Progressive shock troops! While this was my favourite speech at the DNC, I also thought Obama and Biden also gave great speeches too. Nevertheless, whilst I thought the Democratic party came off as quite appealing to myself, I somewhat cynically view this as a bad sign as I am not in any way representative of the average American voter in those ten swing states. Overall, my bet would still be that Donald Trump will narrowly win the election as his campaign is antifragile whilst Hillary’s requires perfect discipline and international and domestic events to remain stable.