The Distance of the Moon by Italo Calvino (Reading) 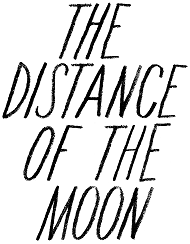 The Distance of the Moon is the first story in Italo Calvino’s The Complete Cosmicomics, and proves an excellent ambassador for the author’s style and works. Each book in the Cosmicomics begins with an apocryphal scientific quote, although usually based on some actual scientific fact,[1] and we are given a tale by the irrepressibly present Qfwfq, who seems to have been around for most events in the history of the universe. The story begins at the point in time when the moon was very close to the earth’s surface. So close in fact, that the denizens of the planet often made forays up to the satellite’s crust.

Just a ladder's breadth away to the moon 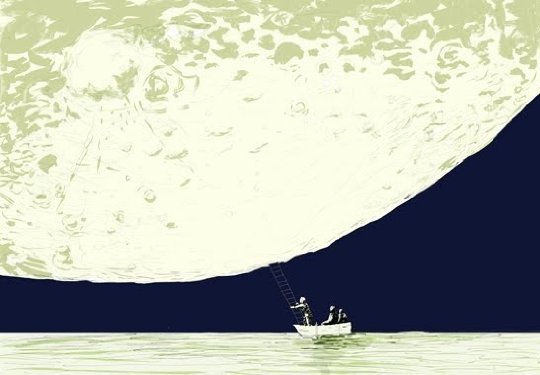 The expeditions were mainly economic, as just below the lunar crust were seemingly endless quantities of moon milk (more like a cream cheese). It should be noted that the moon as cheese is a favorite historical misremembrance.

Now, you will ask me what in the world we went up on the Moon for; I’ll explain it to you. We went to collect the milk, with a big spoon and a bucket. Moon-milk was very thick, like a kind of cream cheese. It formed in the crevices between one scale and the next, through the fermentation of various bodies and substances of terrestrial origin which had flown up from the prairies and forests and lakes, as the Moon sailed over them. It was composed chiefly of vegetable juices, tadpoles, bitumen, lentils, honey, starch crystals, sturgeon, eggs, molds, pollens, gelatinous matter, worms, resins, pepper, mineral salts, and combustion residue.

Qfwfq often finds these journeys somewhat cumbersome, as the act of planetary exchange amounts to a pole vaulting act. He envies his Deaf Cousin, who finds all moon-related endeavors trivial exercises, displaying ever-deft abilities. Trans-planetary exchanges are often made from boat of Captain Vhd Vhd, who appears to have some administrative superiority over Qfwfq. On the way down from one expedition, Qfwfq enjoys an inadvertent fondling of Captain Vhd Vhd’s wife, and falls in love with her. Surely at such a time and setting, we can hardly blame Qfwfq especially after a description of the lady.

The Captain’s wife played the harp; she had very long arms, silvery as eels on those nights, and armpits as dark and mysterious as sea urchins; and the sound of the harp was sweet and piercing, so sweet and piercing it was almost unbearable, and we were forced to let out long cries, not so much to accompany the music as to protect our hearing from it.

However, this is a challenging love for the narrator to obtain as Mrs Vhd Vhd is smitten with the nimble Deaf Cousin. Unfortunately, he understands nothing of the love triangle (quadrangle if you count the Captain) that is forming on the boat. He is solely obsessed with the moon, and his interactions with her have all the characteristics of romantic intimacy.

There were places, for example, that he touched merely for the fun of touching them: gaps between two scales, naked and tender folds of lunar flesh. At times my cousin pressed not only his fingers but – in a carefully gauged leap – his big toe (he climbed on to the Moon barefoot) and this seemed to be the height of amusement for him, if we could judge by the chirping sounds that came from his throat as he went on leaping.

During one trip, the Captain’s wife seeks to go up to the moon and is heartily encouraged by her husband who is happy to be rid of her influences so that he can return to a life of vice. However, her first lunar visit turns out to mark the beginning of the separation of the moon’s close orbit. When the moon’s orbit returns to the close proximity of our planet, she is unable to make the jump, and Qfwfq, spotting his opportunity goes after his lady.

I swam furiously through the sky, and held the harp out to her, and instead of coming towards me she rolled over and over, showing me first her impassive face and then her backside. ‘Hold tight to me!’ I shouted, and I was already overtaking her, entwining my limbs with hers. ‘If we cling together we can go down!’ and I was concentrating all my strength on uniting myself more closely with her, and I concentrated my sensations as I enjoyed the fullness of that embrace. I was so absorbed I didn’t realize at first that I was, indeed, tearing her from her weightless condition, but was making her fall back to the Moon. Didn’t I realize it? Or had that been my intention from the very beginning?

The moony honeymoon proves to be a disaster for our protagonist. Mrs Vhd Vhd is cold and impassive in the presence of Qfwfq, forever thinking of the Deaf Cousin and wishing that he would look at her as he did the moon. When a long bamboo pool is finally able to reach the moon, Qfwfq scrambles back down to the earth’s surface, along with the Deaf Cousin who has reappeared from his intimate ramblings on the moon’s mysterious vistas. However, the lady remains there, deciding that she will become one with the object the Deaf Cousin cares solely about and indirectly become the object of his attraction, even if this takes place over vast distances.

My return was sweet, my home refound, but my thoughts were filled only with grief at having lost her, and my eyes gazed at the Moon, for ever beyond my reach, as I sought her. And I saw her. She was there where I had left her, lying on a beach directly over our heads, and she said nothing. She was the colour of the Moon; she held the harp at her side and moved one hand now and then in slow arpeggios. I could distinguish the shape of her bosom, her arms, her thighs, just as I remember them now, just as now, when the Moon has become that flat, remote circle, I still look for her as soon as the first sliver appears in the sky, and the more it waxes, the more clearly I imagine I can see her, her or something of her, but only her, in a hundred, a thousand different vistas, she who makes the Moon the Moon and, whenever she is full, sets the dogs to howling all night long, and me with them.

Many themes are explored in The Distance of the Moon, and like many of the Calvino’s stories, they seem focused on the interplay between femininity and masculinity. Qfwfq’s attractions were ignited by a physical embrace, whereas the lady falls in love with the Deaf Cousin through his acts and his skill. Mrs Vhd Vhd is content to live a chaste life on the moon’s surface desiring only to be desired whereas despite his grief Qfwfq returns to earth accepting that he has failed in his pursuit. Despite their physical separation, Qfwfq is still physically aroused by the thoughts of Mrs Vhd Vhd on the moon. On the nights when the moon is full, he takes a canine form unable to resist his animal instincts. Calvino’s description of love is biological: one of conflict and ever changing circumstances. The desires of the agents are not reciprocated by the other players, and the rules underpinning the system seem merely to thwart the ambitions which they originally encouraged. 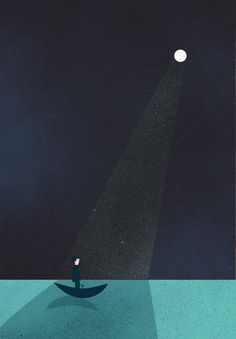