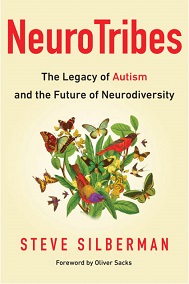 To preface, NeuroTribes as an excellent book. I was first made aware of Steve Silberman’s work when I heard him on a Science for the People podcast (episode #345 and #367). I remember the podcasts well because the host (Rachelle Saunders) started off by asking a question and Silberman would proceed to speak (virtually uninterrupted) for the next sixty minutes. Steve’s sheer energy and vast knowledge on the subject left an impression, and I knew I had to seek this book out. I was not disappointed with the result.

We begin the book with an introduction to a real family we will be following throughout the narrative. Specifically, two parents in the Bay area (who have successful careers and other non-autistic children) and their struggle with providing the best life they can for their autistic son. We are immediately introduced to the anxiety and stress parents of autistic children have from the sheer time-consuming effort needed to ensure their son is not stressed by his environment to the various medical quacks and pseudoscience accosting parents that chelation can cure their son. Silberman’s treatment of the real people he encounters throughout the book is incredibly sympathetic but rational. I imagine him like Sir Luke Fildes’ The Doctor sitting beside our parents with much care but consternation on his face. 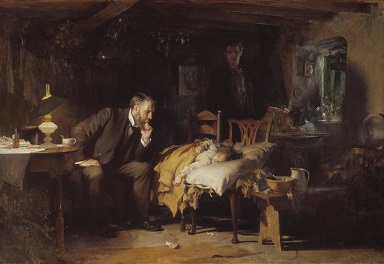 Throughout the book, we jump between the stories of the real individuals Steve meets (many of them in San Francisco as this is where the author is based) to the historic characters who were either autistic themselves or were psychiatrists and physicians who influenced the public understanding about what we now describe as autism. The first delightful historic individual we meet is Henry Cavendish, a name marginally familiar to me, who was an 18th century scientist who made important contributions to physics and chemistry (for example the discovery of hydrogen[1]). Due to his wealth, royal heritage, and contributions to science, his life is well documented. In this, we receive one of the first high-resolutions portraits of an autistic personality. Consider that he would always eat the same meal every day (a leg of mutton)[2], would wear the same green jacket every day and have an identical one made when his became threadbare, and after accidentally bumping in a lady servant in the stairwell, had a new private one made so that he would never have to have such a traumatizing experience a second time.[3]

What is especially interesting is seeing how Cavendish was written about in subsequent decades by his friends and biographers. Take one example:

These many years later, I still look for a fuller understanding, which I equate with explanation … Without an understanding of Cavendish’s behavior, he appears simply strange, an object of curiosity at best, or moral judgement at worst, drawing pity or scorn. To leave him that way unnecessarily is a shame. He was an outstanding scientist, and one of the most baffling personalites in the history of science. A fuller understanding of him benefits both his biography and the history of science.

Others referred to him as a “great man, with extraordinary singularities”. Actually, descriptions of Cavendish mirror sentiments Watson expresses about Holmes and his “singular gifts” (was Sherlock on the spectrum?). Cavendish provides a glimmering view of the extremely productive lives autistic individuals can have when they are provide sufficient material resources to craft the world around them to confirm to their unique psychology.

I think it is likely that Cavendish benefited from not having a medical diagnosis to his condition. In the same sense that some wealthy persons in some historic eras who were gay benefited from a general ignorance of the subject,[4] before autism as a neurological disorder existed, Cavendish was was just considered an eccentric. Indeed, throughout Silberman’s book we are constantly reminded of the fact that autism has always been with us. The clueless professor, social wallflower, etc, these character tropes are all consistent with being on the spectrum. It was only in the era of the Diagnostic and Statistical Manual[5] that we begin to see an “explosion” of autism, and the ridiculous pseudoscience linking this increase in diagnoses to childhood vaccines.

Two psychiatrists were instrumental in discovering and describing what we now consider to be autism: Hans Asperger and Leo Kanner. Both were Austrian psychiatrists trained in the same manner of observation that eschewed Freudian analysis in favour of neurological and sociological explanations of human behavior. However, as Kanner was a Jew, he had to flee to the United States after the Anschluss whereas Asperger remained in Austria throughout the war. Both clinicians observed patients who were clearly autistic and both published their research describing their theories about the condition. However, as Asperger was tainted by his association with the Nazi regime, and Kanner was now based in a leading American university hospital (John Hopkins), it was the latter’s theories which dominated the post-war understanding of autism.

After reading Silberman’s book, one feels that the Kanner outcome was the unfortunate historical accident; the Trotsky moment of the revolution. Because Kanner set the terms of our post-war understanding of Autism, the following disturbing ideas about the disease became part of the clinical understanding:

The hysteria around refrigerator mothers who were purported to be so emotionally cold towards their children that it lead to autism reached fever pitch with the publication of Bruno Bettelheim’s (a now-known medical fraud) The Empty Fortress. Consider that the parents who sought treatment for their children, and hence were by definition the most caring and passionate about ensuring a good life for their kids, were branded as psychopaths and emotional abusers. One had to deal with both an incredibly challenging child to raise and a society that viewed you a monster. Injustice if there was any.

Asperger was not only not a Nazi, but his research specifically highlighted the high-functioning autistic children who he saw in his Viennese practice. Why did he make autistic children out to be savants when he clearly saw that some of them could barely function? The reader is taken through a heart-wrenching account of the Nazi’s eugenics campaign that systematically murdered half a million mentally disabled persons, including many children. Asperger had to portray the autistic children in his care as “socially useful” to the German nation in order to increase their chance of survival. Hence the idea of Asperger’s condition as a high-functioning autistic person comes from this historical fact. Asperger did not believe that refrigerator mothers led to autism, but instead stressed the benefits of neurological diversity, a theme embedded throughout Silberman’s book.

The first push back against the Kanner-theory of autism was led by Navy psychologist Bernard Rimland, whose son was autistic, and whose mental disposition refused to accept the idea that he and his loving wife could be responsible for such an outcome. Rimland carried out his own large scale and unprecedented research on autism, scouring medical libraries across the country. His 1964 book Infantile Autism changed everything. Parents of autistic children across the country began to form advocacy and support groups which rejected the Kannerian hypotheses. One such activist was Ruth Sullivan who helped to establish the Autism Society of America and would later split off from Rimland’s views on autism. Rimland became enamored with the applied behavioral analysis of the Norwegian-American clinical psychiatrist Ole Ivar Lovaas who believed that reward and punishment methods could mold autistic behavior towards “normal behavior”. In practice that meant that Rimland, who had done so much to advocate for autistic children was now advocating for the use of electrical shocks from cattle prod’s to modify behavior. Disturbing. But it shows another excellent example of human nature whereby extreme passions, even if for originally just causes, can quickly degenerate into moral regressivity.

The ultimate falling out between Rimland and the Autism Society was over the use of “alternative medicines” for the treatment of autism. Silberman tactfully handles the corrosive effects that such quacks have had on the debate surrounding autism. Whenever people are desperate for a cure, they will always be willing to buy one. Throw in some conspiracy theories (they don’t want me to know the truth) and the result is useless, expensive, and damaging non-effective treatments that support a multi-billion dollar scam industry offering chelation and vitamins to “save your child’s brain”. If there was any evidence that human beings are not rational it is the alternative medicine industry, which generates billions of dollars of revenue for producing results that have no effect. However, due to our human bias in seeing fleeting patterns in random data (I got better when event A happened), known as apophenia, we can sustain a whole ecosystem of placebo pills. NeuroTribes thoroughly refutes that there is any link between autism and measles, mumps, and rubella (MMR) vaccine by going through all the methodological problems with Andrew Wakefield’s originally (and now retracted) article in the Lancet.

In the last chapter of the book, we are given a sense of hope. After years of misdiagnosis, misinformation, mistreatment, and mishandling of individuals with autism, society is now finally developing mechanisms to incorporate neurodiversity. The movie Rain Man had an especially important effect on the cultural perception of autism, making its quirks and issues well understood to a wide audience. Subsequently, groups like the Autism Society of America began to lobby on behalf of individuals with autism in the same way that other disability groups have. Autistic personalities now permeate throughout the western world in social groups that are redolent of autism such as the “geeky” computer science culture, to science fiction pulps, or fan culture (obsessive facts about obscure trivia, etc). To me, the argument of neurodiversity as similar to genetic diversity in driving evolution forward is a delightful and humane way of viewing other ways of thinking in our society. If we want to select the best way of doing things, we need heterogeneity of thoughts to apply selection pressure to.

After reading this book, it made me consider two things. First, whether I may be on the very far end of the autism spectrum as there are some personality traits I have that seem to fit into that category.[7] Regardless of this, one cannot help but be more sympathetic to others who may have autistic characteristics. For neurotypticals, showing emotional coldness is just that: a form of aggression. However, we can easily confuse coldness for legitimate disinterestedness in autistic individuals. My reaction now to personalities which come across as distant is not to instantly feel snubbed by it (although this may be what it is), but to give the benefit of the doubt that in a world of neurological diversity, psychological phenomena will not be homogeneous across individuals.