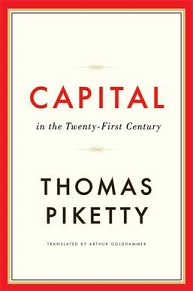 I recently watched two movies: The Imitation Game and The Hobbit: Battle of the Five Armies, both of which were slight disappointments for different reasons. While the former was a good movie, I felt it fell below the critical acclaim that its reviews had garnered it in my mind. Another reason may be that the film lacked much discussion of ‘computer science’, which would have been warranted given who Turing was. Furthermore, many interesting and (admittedly) salacious details of his life, such as his cruising through New York gay bars or racy vacations to Greek islands, were not even hinted at.[1] The second movie was a negative shock to my expectations because the first Hobbit film was better (and it was not even that good) and because the desultory combination of cheesy-one liners, hypertrophic battle scenes that became so epic to the point of banality, and made up Elvin-Dwarf romances that could have been scripted for a grade 8 drama class mocked Tolkien’s masterpiece. In other words, our expectations can suffer disappointments due to the work that has come before it, what other have said about it, and internal substance of the thing itself.

Thomas Piketty’s ambitious 577-page economic tomb was therefore ripe for disappointment. I must have heard dozens of conversations about the book and its ideas in the econosphere or wonkiverse, including interviews with the man himself. Yet such augurs of a letdown proved false. I rapidly devoured all the contents of the book (and more than 100 pages of footnotes) during most of my morning breakfasts and cozy winter evenings. What made the book so stimulating? Three things. First, it falls into that category of book written for a general audience (you needn’t have taken any undergraduate economics courses in university) and does a good job at explaining concepts and definitions succinctly and intuitively.[2] I am always a fan of didactic methods and this book makes for a good case study.

Second, I learned some interesting and new facts. As a practicing (i.e. employed) economist I have a natural sense of the magnitude of economic numbers such as the level of GDP per capita, car sales, and housing starts that are reasonably in-line with a developed country of a given size. I even had a rough knowledge of what one had to earn to be in such-and-such an income decile. What I did not know was the size of wealth relative to GDP, what its composition was, or how it had changed over time. I felt slightly disappointed in myself for not knowing these numbers, especially since they have important implications about our society.

There was also the sort of data that before reading the book I wouldn’t have even known to ask for such as the share of inherited wealth in a given year relative to GDP and the average difference in wealth between the dead (i.e. the year people die) and different age rages. As I learned, these statistics tell us something about the dynamics of wealth accumulation and concentration. There were also the facts, admittedly the most fun ones, that were drawn from history and literature. Piketty makes frequent reference to the novels of Honoré de Balzac and Jane Austen to explain how the elites of the past viewed the natural rate of interest on capital, the natural stability of prices, and the conundrums of working versus just living off inherited wealth. In the novel Le Père Goriot the main character Rastignac is given a cynical, if not accurate, lesson by the dastardly (and criminal of course) Vautrin, who assures him that if he slaves away climbing the professional ladder (the example of a lawyer is given) and against all odds reaches the top of the professional income distribution he will still be in poor shape relative to marrying a wealthy heiress and living off her estate. Reading these passages rekindled some memories of Victorian images from my own reading of literature. For example I recalled the amusing dialogues concocted by P. G. Woodhouse:[3]

Bertie: What, work? As in honest toil, you mean? Hewing the wood and drawing the old wet stuff and so forth?

Bertie: Well… I’ve known a few people who worked. Absolutely swear by it, some of them.

Or perhaps from The Importance of Being Earnest (bold mine):

Lady Bracknell: … What is your income? Jack: Between seven and eight thousand a year.

Lady Bracknell: In land, or in investments?

Jack: In investments, chiefly. … I have a country house with some land, of course, attached to it, about fifteen hundred acres, I believe; but I don’t depend on that for my real income. In fact, as far as I can make out, the poachers are the only people who make anything out of it.

In Victorian Britain, the upper orders would have considered working for one’s income unheard of. The exception being for labour considered as integral to statecraft (i.e. foreign diplomat, Private Secretary, etc). As a side note, I recall Michelangelo’s semi-aristocratic family (16th century Italy) considered such posts related to being a man-of-state the only labour worthy of their rank. Despite it not ‘paying’ well I wonder how this cultural phenomenon occurred whereby the wealthy considered a few political and bureaucratic occupations worthy of their breeding?

The third and final achievement of the book was how Piketty interpreted the data and historical facts in a coherent and believable way. Indeed, this is a good example of the division of intellectual labour where one can feel the author’s ease with which he navigates through ideas and data he was been immersed in for decades. In other words, this was the book that Piketty was born to write. Contrary to how some of the critics portrayed him, Piketty was quite humble in the way he presented his facts by acknowledging the large uncertainties that exist in this field of research. In a testament to human honesty, I felt that he delineated his opinions from the data; demarcating where the data ended his social democratic biases started. As someone who is a fan of Taleb’s chastisement of the economic priesthood and Hayek’s ‘scientism’ critique of economics, the book firmly concluded that economics is not a science. Rather, it is a social science and its mission should ultimately be public engagement with the ideas and facts of the day.

As I previously stated that I accepted many of the book’s conclusions, it is worth analyzing its key facts and interpretations. First Piketty shows us how the size of capital and its composition, relative to GDP, has changed over time. Broadly speaking, it was very high and stable until WWI and its internal composition shifted away from agriculture and land towards industrial and financial assets throughout the industrial revolution. A marked collapse in the ratio of wealth to output was seen in the first half of the 20th century due to several factors. The two World Wars literally destroyed some of it.[4] In addition, the macroeconomic instability coupled with bouts of extreme inflation in the period helped to wipe out the value of many financial assets. Since its bottoming in the late 1940s, the capital-GDP ratio has risen and as of today has largely returned to its WWI level in both the US and Europe. However, because a large share (20-30%) of wealth today is held by ‘middle-class’ in mainly real estate, the distribution is not as unequal.

As the ratio of capital to GDP has been rising, we have also seen a rise in the share of capital income[5] in national output which means that the elasticity between capital and labour most be greater than one. What that means is that if economic production uses capital and labour as its two inputs, and the supply of capital increases by 1%, its share of total income will grow. This is because the decrease in the rate of return of capital is smaller than the increase in the supply so that the total earnings of capital relative to output rise. The more intuitive explanation is that labour can be substituted elastically (i.e. easily) so that in a business can swap workers for machines without lessening its profit.[6] If the capital-labour elasticity remains greater than one in the future, any further increase in the ratio of capital to output will necessarily increase income the capital share of income and concomitantly income inequality.[7]

Given this groundwork, Piketty moves onto his most important hypothesis: the forces of capitalism naturally lead to a rise in the accumulation of wealth relative to GDP. This is because the return on capital tends exceeds the growth rate of output. This will I believe continue until the elasticity between capital and labour normalizes to one. Then, any increase in the capital stock will reduce the return by a corresponding amount so that there is less capital income, relative to the size of the economy. While there will always be some jobs (at least in the say the next century) that are likely to remain in the hands of humans (Shakespearean actors or Prime Ministers, say), as machines continue to grow in sophistication we will likely see the capital share of income grow.

If this general phenomenon towards increasing inequality is driven by the elasticity between labour and capital which is itself a product of technological progress, then understanding this macro phenomenon is important because it means we cannot attribute failures in the system to micro behaviors.[8] Indeed, to take the province of Ontario as an example, it has a university/college attainment rate of 55%, and no doubt growing income and wealth inequality. If individuals follow the ‘right’ path, and still land jobs with limited income and wealth accumulation prospects, we must understand that this because of the nature of the total number of jobs which exist independent of any action one takes rather than the failure of individuals to work hard or create human capital. This is a well recognized problem and many persons have advocated having a minimum income in order to help redistribute existing wealth.[9] I would advocate a different approach: a mix of government ownership and sinecure-creation. For the former, it could involve the government sponsoring university labs and getting partial royalties from all patented technologies or directly funded start-ups. The latter could be to create well-paid positions for say librarians or poets or any sort of task we believe provides dignity and a public benefit.

What Piketty’s book does not provide us is any concrete roadmap with how to deal with inequality (he does have some ideas to be fair), or even to what extent it leads to social ills (although he suggests it does). Nevertheless, this tome provides a comprehensive and robust analysis of the data which shows that, undeniably, income and wealth inequality is increasing across most countries in recent decades. What our response to this data will be remains up for debate.